Eagles get on track in Waynesboro for first win

The Clarke County Eagles (1-2) broke the ice as they won their first game of the season with a convincing 49-7 win at Waynesboro (0-4). The game was played on Thursday night for cautionary reasons due to Hurricane Florence.*

The Eagles Peyton Rutherford rushed for 176 yards on 12 carries and scored three times on the night.

The Eagles scored on their opening drive and never looked  back, leading 42-0 at the half.

Quarterback Colby Childs was 8 of 11 for 143 yards and 2 touchdowns. Danny Lyman caught both touchdowns of 65 and 50 yards. Childs also added a touchdown on the ground. Evan Nichols scored the final touchdown for Clarke.

The Eagles return home to "the Felt" on Friday night to host the Washington WV Patriots. Kickoff is set for 7:30PM at Wilbur M. Feltner Stadium on Westwood Road in Berryville.  It is the Eagles Homecoming. 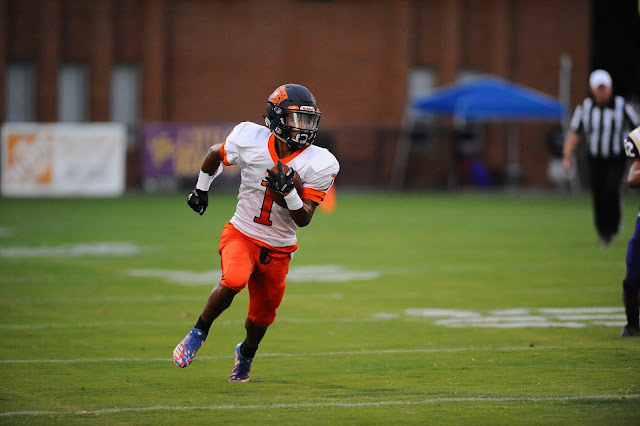 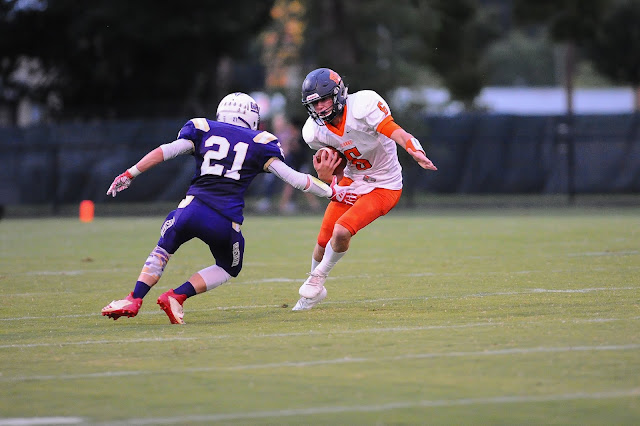 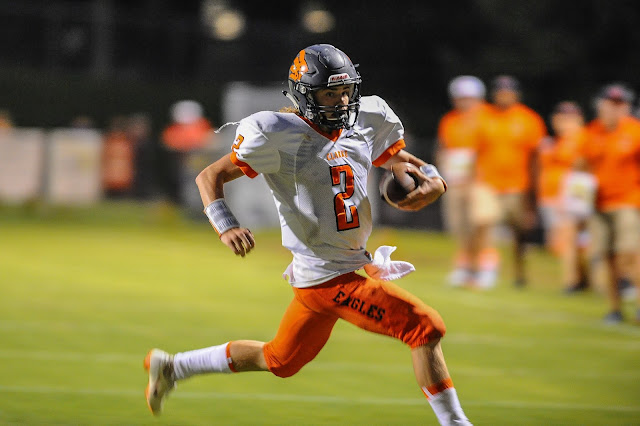 Doug's complete game photo gallery can be viewed at his Photography Concepts website: