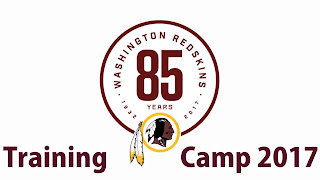 Gruden spoke about his appreciation for the fans and what it means to the team to come to Richmond every year for training camp.


“They love coming down here and practicing in front of a crowd, and there’s a lot of good energy at practice,"Gruden said. "Sometimes it helps us through the tough times, you know the monotony of training camp after the sixth or seventh day. You come out here and there’s little kids out there and there’s people cheering for you, that makes you go a little harder sometimes. So we really appreciate the fan support when they do come out and the energy they pass along to the players. These guys play hard, they work hard, they’re grinding out there but the energy of the fans they give us helps out a lot.”

Coach Grudens interview can be viewed below: