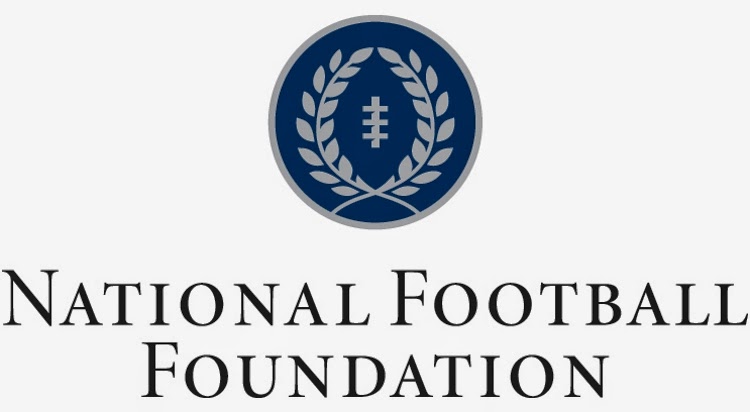 
FEATURED MOMENT Sept. 14, 1974 Arkansas def. No. 5 Southern California, 22-7 Little Rock, Ark. In 1974, underdog Arkansas upset College Football Hall of Fame coach John McKay’s No. 5 Trojans, a team featuring four future Hall of Famers in Ricky Bell, Anthony Davis, Marvin Powell and Richard Wood. Hall of Fame coach Frank Broyles’ Razorback defense dominated the game, intercepting four passes and holding USC quarterback, 1974 NFF National Scholar-Athlete and current USC athletics director, Pat Haden, to 59 passing yards. Davis delivered the Trojans’ only touchdown on an impressive 106-yard kickoff return. The Razorbacks converted six turnovers into 17 points during the game, including an interception by safety Floyd Hogan on the first drive of the game that led to a 27-yard touchdown run by fullback Ike Forte. Despite the loss, the Trojans would finish the season with a win against Ohio State in the Rose Bowl and would be crowned national champions, while the Razorbacks would finish the season 6-4-1.


OTHER NOTABLE MOMENTS Sept. 8, 1990 No. 16 BYU def. No. 1 Miami (Fla.), 28-21 Provo, Utah No. 1 Miami faltered early in its national title defense, falling to No. 16 BYU in its season-opener. BYU took a 17-14 lead into halftime, and College Football Hall of Fame quarterback Ty Detmer pushed his Cougars to a 28-21 lead late in the third quarter with a touchdown pass followed by a two-point conversion. The Hurricanes had a chance to get back in the game twice in the fourth quarter, but they were thwarted by BYU defensive back Ervin Lee, who had an end zone interception and broke up another pass to keep Miami at bay. Despite five turnovers, the Cougars notched the win for Hall of Fame coach LaVell Edwards. Led by Hall of Fame defensive tackle Russell Maryland, Miami would finish the season at No. 3 in the final AP poll after beating Texas in the Cotton Bowl. BYU would finish the season as WAC champions and No. 22 in the poll.


Sept. 9, 1995 No. 24 Oregon def. Illinois, 34-31 Eugene, Ore. 2014 College Football Hall of Fame inductee Mike Bellotti made his home debut as Oregon’s head coach with a 34-31 victory against Illinois. The Fighting Illini took a 19-7 lead into halftime behind a 41-yard touchdown pass by quarterback Johnny Johnson, a touchdown run by running back Ty Douthard and two field goals. However, Oregon would rally in the second half behind running back Ricky Whittle’s third touchdown, pulling the Ducks within 31-28. With 6:24 left in the game, Oregon defensive back Jaiya Figueras forced a fumble by Johnson and recovered it in the end zone for the game-winning touchdown. Oregon would finish the season No. 18 in the final AP poll after falling to Colorado in the Cotton Bowl.


Sept. 10, 1983 Boston College def. Clemson, 31-16 Chestnut Hill, Mass. College Football Hall of Famer and 1984 NFF National Scholar-Athlete Doug Flutie led Boston College on four touchdown drives in the second half to hand Clemson only its second loss in 26 games. Tailback Troy Stradford rushed for 179 yards, leading an Eagles offense that gained 504 yards and 29 first downs in the game. After trailing the Tigers 16-3 at halftime, Flutie capped off a 93-yard drive with a six-yard touchdown pass to tight end Scott Gieselman, then Eagles fullback Bob Biestek scored what would be the decisive touchdown on a four-yard run. Boston College held Clemson quarterback Mike Eppley to 21 passing yards, and would score two more touchdowns to seal the win. Despite the loss, Clemson would finish the season at No. 11 in the final AP poll, while Boston College would finish at No. 19 after losing to Notre Dame in the Liberty Bowl.


Sept. 12, 1981 No. 4 Notre Dame def. LSU, 27-9 Notre Dame, Ind. In Gerry Faust’s coaching debut at Notre Dame, the Fighting Irish beat LSU 27-9, utilizing many of Faust’s standouts from his days as the head coach at Moeller High School in Cincinnati. Linebacker Bob Crable recorded 13 tackles as the leader of an Irish defense that forced four turnovers, registered five sacks and allowed only 61 passing yards. Tony Hunter scored three of Notre Dame’s touchdowns while quarterback Tim Koegel came off the bench to throw for 101 yards and a touchdown to wide receiver Dave Condeni. The Irish moved to No. 1 in the AP Poll with the victory, but they dropped quickly in the rankings after losing their next two games.


Sept. 13, 1975 Wake Forest def. No. 15 North Carolina State, 30-22 Raleigh, N.C. Wake Forest won its first ACC game since 1972 in a 30-22 upset of College Football Hall of Fame coach Lou Holtz’s No. 15 N.C. State Wolfpack. The Demon Deacons were led by quarterback Jerry McManus, who threw for two touchdowns and accounted for one more, and tailback Clark Gaines, who finished the day with 123 rushing yards and one score. Wolfpack quarterback Dave Buckley also threw for two touchdowns, including a 43-yard pass to his brother Don Buckley, but it was not enough to overcome three turnovers that all resulted in Wake Forest points. ACC Rookie of the Year in 1975 Ted Brown appeared in just the second game of his College Football Hall of Fame career.