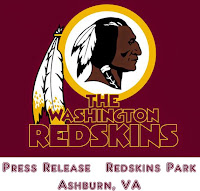 Williams is a veteran of 20 NFL seasons, including nine as a player and 11 in scouting/personnel roles. Prior to joining the Redskins’ personnel department in 2014, Williams spent five seasons as Personnel Executive with the Tampa Bay Buccaneers from 2004-08 before being named the team’s Director of Pro Personnel for the 2009 season.
A member of the 80 Greatest Redskins and a Redskins Ring of Famer, Williams played with the Redskins from 1986-89 and led Washington to a Super Bowl XXII title, a 42-10 rout of the Denver Broncos. Williams, the first African-American quarterback to play in a Super Bowl, completed 18-of-29 passes for 340 yards with four touchdown passes to earn Super Bowl XXII MVP honors.
Williams, a first-round pick by Tampa Bay in the 1978 NFL Draft (No. 17 overall), led the Buccaneers to the first three playoff appearances in team history. In 1986, the Redskins traded for Williams’ rights following two seasons with the USFL’s Oklahoma Outlaws. In Williams’ Super Bowl XXII MVP performance following the 1987 season, he set or tied several Super Bowl passing records, including most TD passes (four), most yards passing (340), longest pass completion (80 yards) and longest TD pass (80 yards).
Williams joined the Buccaneers’ front office in 2004 following a successful tenure as head coach at his alma mater, Grambling State University, and one of the most storied playing careers in league and team history. His responsibilities in Tampa included coordinating the scouting and recruiting of all NFL players, while also monitoring NFL transactions and overseeing player tryouts. In addition, he was in charge of Tampa Bay’s evaluating efforts of all other professional football leagues, including the Canadian Football League.
In six seasons during his first tenure (1998-2003) at Grambling State, Williams brought one of the most storied programs in college football history back to prominence, compiling a 52-18 record as head coach after succeeding the legendary Eddie Robinson, who was at the helm for 57 years from 1941-97 and re-wrote the record books as the winningest coach in the history of college football with 408 career wins.


Williams led the Tigers to three consecutive Southwestern Athletic Conference titles from 2000-02 as they were named National Black College Champions during the same three-year span. He was also named SWAC Coach of the Year in each of those three seasons. Williams was a two-time finalist for The Sports Network Eddie Robinson (Division I-AA) National Coach of the Year. He rejoined the program for three seasons from 2011-13, including earning the SWAC title in his first season back in 2011.
Williams started his college head coaching career at Morehouse College in 1997. He also has previous NFL experience as a scout for the Jacksonville Jaguars in 1995 and as offensive coordinator for the Scottish Claymores of the World League in 1995 and tutoring running backs for Navy in 1994. Williams also excelled on the high school level as head coach and athletic director at Point Coupee H.S. in New Roads, La., in 1991. In 1993, he was head coach at Northeast H.S. in his hometown of Zachary, La., where he guided the team to a 13-1 record and the state semifinals, including a win over Peyton Manning’s Isidore Newman squad in the 1993 state quarterfinals.
As Grambling’s quarterback from 1974-77, Williams had a spectacular college career, passing for more than 8,000 yards and 93 touchdowns, leading the Tigers to three National Black College National Championships and two SWAC titles. He posted a 35-5 record as a starter and finished fourth in voting for the 1977 Heisman Trophy.
In 2005, Williams and Shack Harris established The Shack Harris & Doug Williams Foundation with the function of providing grants for after-school initiatives, leadership development, mentoring programs and minority higher education assistance for economically disadvantaged youth. In March of 2009, the foundation put on its first annual Washington Football Legends for Charity in Washington, D.C. In 2010, the foundation established the Black College Football Hall of Fame, which will move to its new home in Canton, Ohio in 2018.
After Super Bowl XLII, the NFL honored the 20th anniversary of Williams’ Super Bowl XXII victory, as Williams was chosen to present the Lombardi Trophy to the New York Giants following their victory over the New England Patriots.
Williams and his wife, Raunda, have eight children: Ashley, Adrian, Carmeleta, Doug, Jr., Jasmine, Laura, Lee and Temessia.
Posted by Clarke County Sports at 9:34 AM